Daniel Féraud has been a Principal in Penrhyn International since 1999 when he joined Voyer International in Buenos Aires. Daniel’s practice includes assignments to identify candidates for senior regional roles in Latin America as well as assignments in Argentina. His practice covers several industrial sectors, reflecting his wide-ranging general management record.

Before joining Voyer International and Penrhyn Daniel’s career includes mergers and acquisitions work for JP Morgan, and he has been CEO of three different subsidiaries of Bunge Limited. He has also headed the international operations of Arcor, a leading confectionery and food company, with operations throughout Latin America.

Daniel is an engineering graduate of the University of Buenos Aires, and he has an MBA from Columbia University, New York. Daniel speaks Spanish, French and English.

Enrique is Executive Director at Voyer International based in Buenos Aires.

Enrique Pérez Fogwill holds a degree in sociology from the University of Buenos Aires, with courses in various disciplines of Management in USA and UK. These courses formed part of his corporate career at Sony Music, Nielsen, BMG, Dow and PepsiCo.

He was Director of New Business at Sony Music, developing a new division with the objective of integrating all the rights of artists: label, management, publishing,etc.

Prior to his experience at Sony he was CEO at Nielsen Argentina for seven years working with a team of 550 people and generating a turn over of the Company.

At Bertelsmann Music Group he was CEO for seven years, assuming the responsibility of the record business and the development of new artists and special projects.

Previously he served as Commercial Director of Dow Chemical in the consumer products area.

His first job was at PepsiCo occupying the positions of Director of Marketing and Operations. He worked at PepsiCo for twelve years. 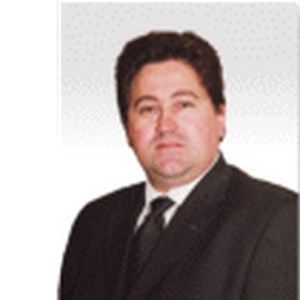 Ricardo has had a distinguished career in Human Resources with companies such as Siemens, Perez Compac, and NEC. He is also co-founder of the Associacion Argentina de Coaching, and has a very strong interest in the application of professional coaching to building executive effectiveness.

Ricardo is a graduate in Law (Abogado y Procurador) of the University of Buenos Aires. He speaks Spanish, German and English.